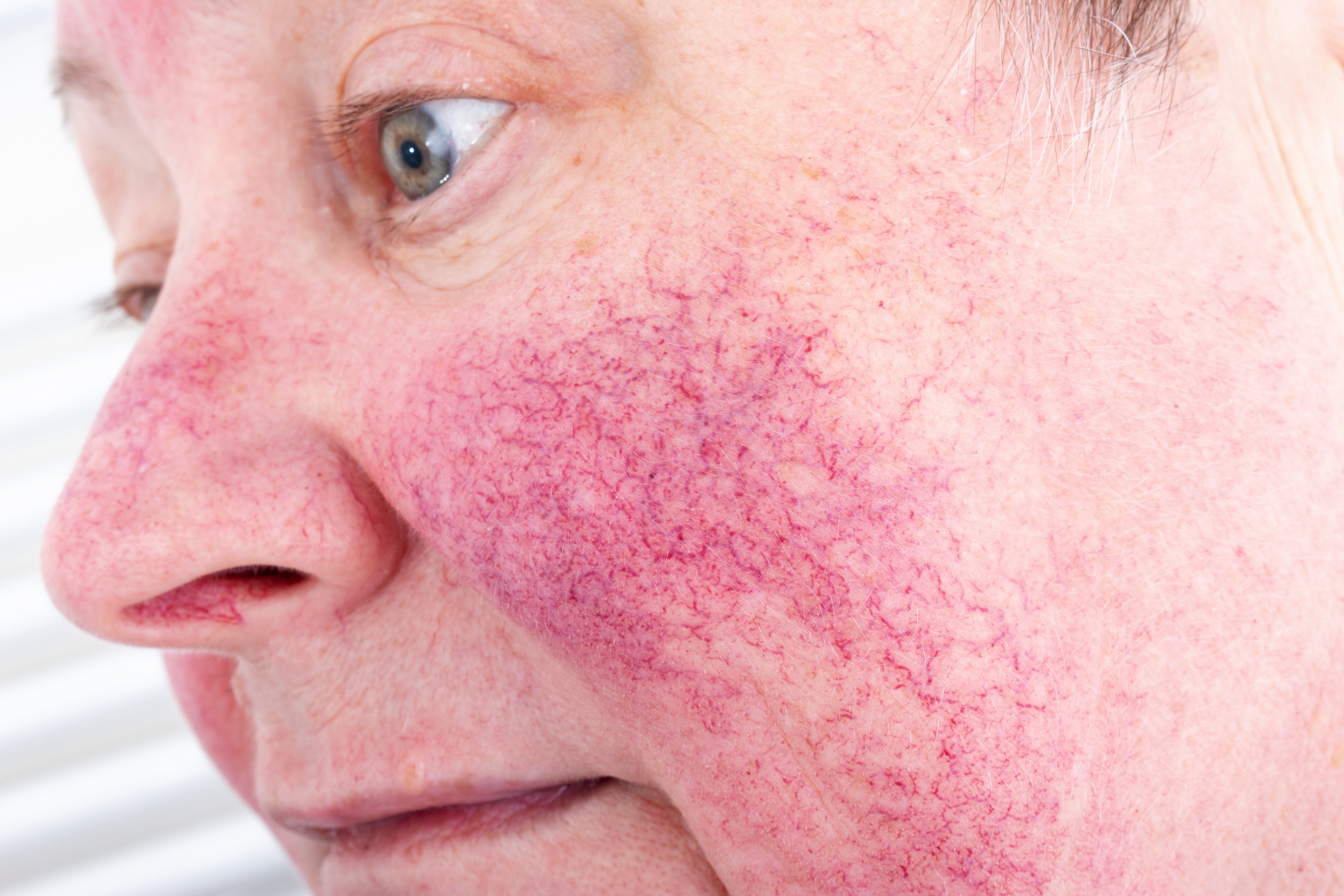 SUDDEN REDNESS? DISCOMFORT AND BURNING OF FACIAL SKIN? SPOTS OR PIMPLES APPEAR AS AN ADULT? IT COULD BE A ROSACEA OR COUPEROSE.

What is rosacea or couperose?

Rosacea is a very stressful condition and tends to occur in adulthood. Left untreated it can worsen, causing redness, inflammation and superficial dilated blood vessels to develop on the face.

In rosacea, an overactive immune response causes inflammation of the skin with increased reddening of the cheeks, forehead and chin. As it progresses, swelling of the facial skin and inflamed nodes can also occur.

This condition often begins between the ages of 25 and 40 and, if left untreated, usually worsens over time. In some patients the disease may look like acne at first glance, but the causes of these two diseases are different. Rosacea should be considered as a diagnosis if acne appears after puberty.

There are several types of rosacea, which can also change from one form to another:

Usually rosacea begins with the reddening of the cheeks and a flushing sensation in stressful situations. This is often accompanied by a feeling of tension (rosacea erythematosa).

The condition often progresses. In the secondary form of rosacea, inflammation and bumps on the skin can occur, often in conjunction with red spots containing pus (rosacea papulopustulosa). After these pustules have healed, dilated blood vessels or “spider veins” (teleangectasia) often remain.

After years of facial lymph node congestion, a bulbous reshaping of the nose (rhinophyma) can develop. In some cases, even the eyes can be affected.

Rosacea is caused by an overactive immune response to the body's own germs, especially to Demodex mites. This causes an imbalance in the skin and triggers the inflammatory process.

What treatment is available?

One option is a phased treatment beginning with supportive measures such as sun protection and appropriate skincare, which will continue through each stage of the treatment. Initially, topical antibiotic treatment (e.g. metronidazole gel) is recommended. Oral antibiotics can be prescribed in more severe cases. A fruit acid or chemical facial peeling can be used as it has a calming effect and promotes the penetration of active pharmaceutical ingredients by removing the top layer of skin. Anti-mite products have been available for some time now and have achieved significant improvement in many people. During your consultation you will receive a precise analysis and a tailor-made treatment plan.

After successful treatment of the condition, any spider veins (teleangectasia) can be removed with a vascular laser (KTP laser). In our practice in Vienna we have a KTP-Laser QuadroStarPROYELLOW  which we use to treat our rosacea patients. Treatment is recommended in cold seasons of the year.

What other complications can occur in rosacea?

In some patients, the eyes can also be affected. When burning, dry eyes occur at the same time as rosacea, it is necessary to rule out any eye complications. We work in an interdisciplinary manner with colleagues in ophthalmology who are also well versed in this disease.

It is known that certain foods such as red wine, aged cheeses and spices can aggravate the symptoms. A low-histamine diet may improve symptoms in some people. In recent studies, contrary to what was previously assumed, it has been confirmed that coffee intake is not linked to the development of rosacea.

The condition progresses in stages, usually triggered by stressors. The sun, or stress at work or at home can cause symptoms to appear. Certain foods such as red wine, ripe cheese and spices can exacerbate the condition.

For rosacea patients, it is important to avoid known triggers. Nevertheless, there is no need to compromise on good flavors.

More information about rosacea can be found here. 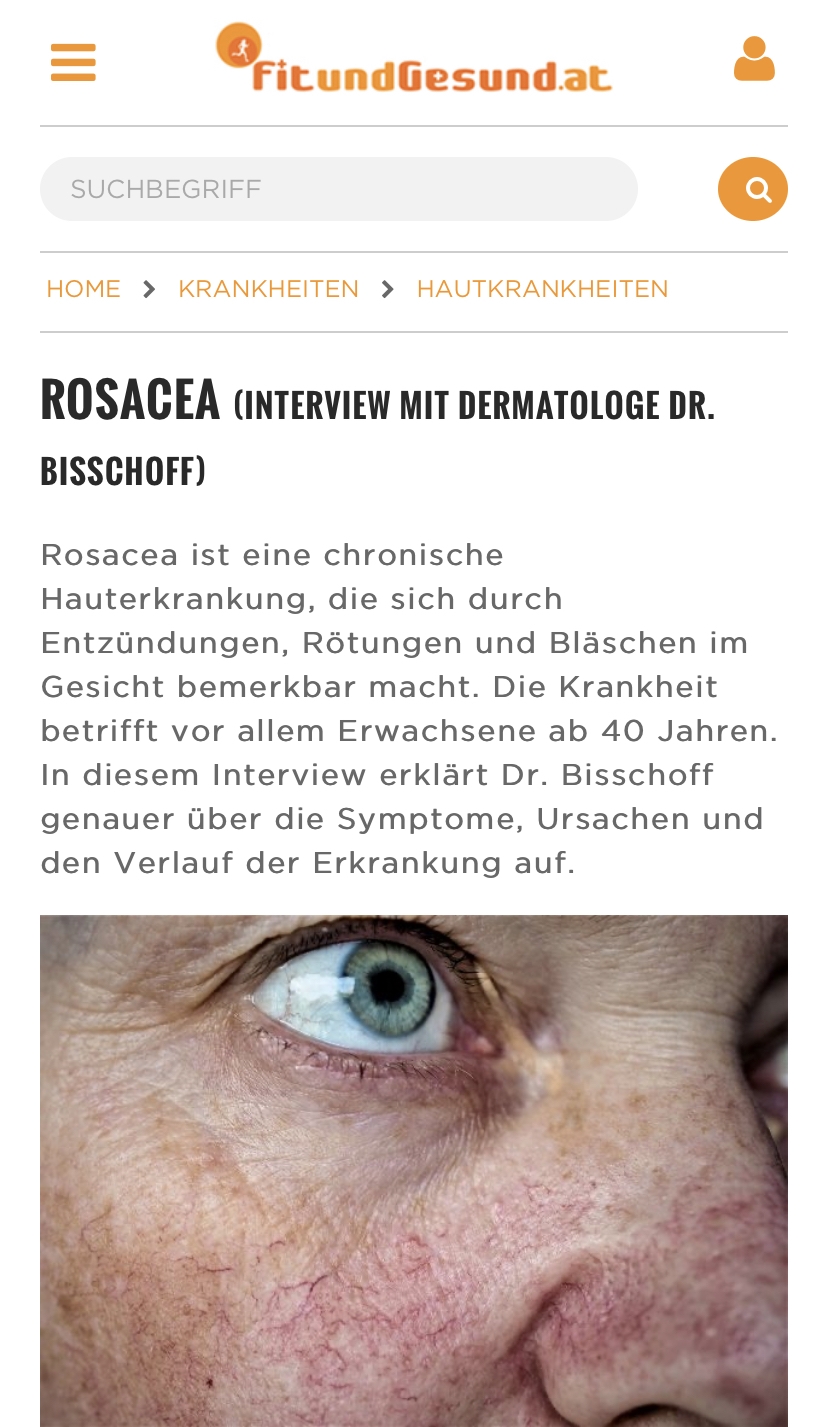 A new article of mine was published on fitundgesund.at on the subject of rosacea. 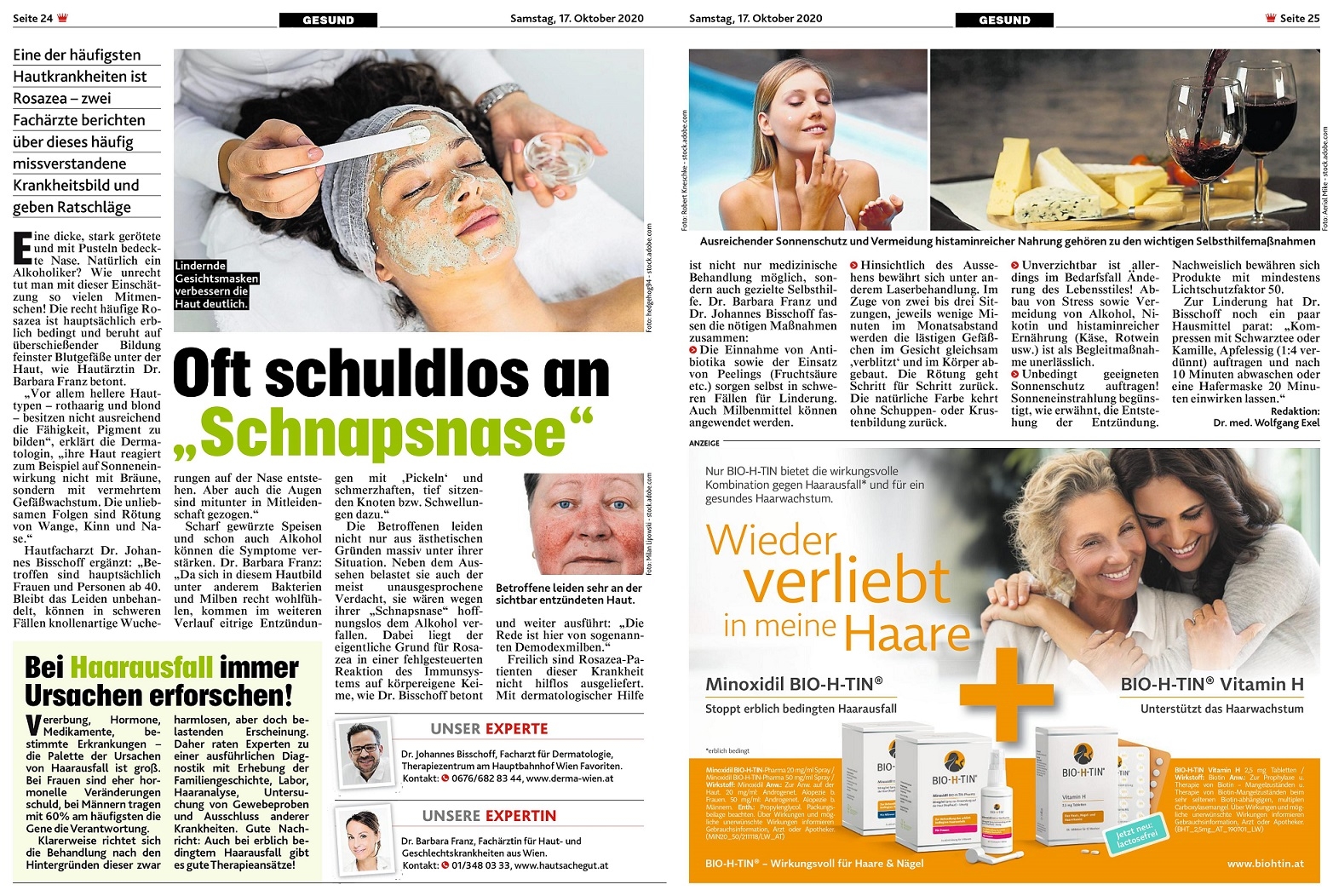